Just a quick note on what’s going on in the near future on topics to have.
Soon, the folks from Semper Reformande Radio want to discuss Presuppositional Apologetics. Mostly about the difference between Van Til and Clarke. Based on a recent podcast they released, they exposed the issues of Van Tilian apologetics. I wanted to discuss with Tim and Carlos that although there are some issues, you don’t throw the baby out with the bathwater. I think they are both great weapons to use against the Atheist.

Another event that Andrew Rappaport and I are in talks with is a topic of Young Earth Creationism. I was talking with an Atheist a couple of weeks ago after watching a video.

In the comments section, I interacted with Steve McRae and proposed a hangout with Matt Slick and Andrew Rappaport. Andrew suggested something else.
He suggested Dr. Anthony Silvestro, Eric Hovind, and Dr. Jason Lisle.
So far, Dr. Anthony and Eric are locked in. Still waiting for Dr. Jason to answer.
Please watch the video or bits of it to understand the Atheists’ bad arguments.
I am hoping to host this through the BTWN Network if Steve McRea is willing to have me host it. That may not happen. They may want to have control over this. I’ll need to be more assertive concerning this matter.
Pray that this falls into place without any snags.
In Christ,
John W. 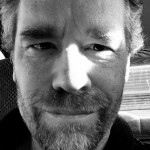 As man now is, God once was

A Conversation on Epistemology with an LDS

Is it Condescension or Generation?

A Response to Tom Hicks on Theonomy